We have something special for today s Makin? It Monday! Remember Terilynn, the brilliant chef behind The Daily Raw Caf , whom we introduced you to not long ago? Well, this weekend she posted a recipe challenge open to anyone willing to participate. We here at Pure Jeevan are always up for an adventure, so thanks for the challenge, Terilynn!

The rules were simple: Use the list of possible ingredients, create a raw vegan food dish, and send pictures and information about your dish to The Daily Raw Caf . Here s the list for the challenge, with the items we didn t have available crossed out:

It's Fun-Filled Friday again---that week went by so quickly! So, what fun did you have this past week and what fun have you planned for yourself in the near future? It's very important to make the time for fun. We all know that, right? But, how many of us actually carve out the time to have some special fun without stress, without problems---a time when we can laugh and experience the joys of being alive? 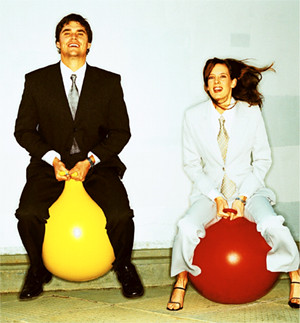 Some of you have noticed that we've seemed a bit silent, or asleep, here at Pure Jeevan. We haven't abandoned our blog or our readers, though! For the next two weeks, it may continue to look like we are sleeping, but in reality we are doing anything but that! :-)

Here are some pictures of some recent meals we've been testing in our kitchen... 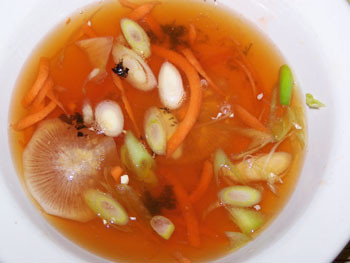 Too Much Protein From Nuts and Seeds? 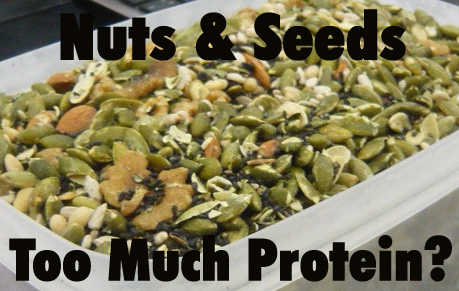 A Pure Jeevan family member recently asked us how they can tell if they're consuming too much protein. They felt because they have been eating too many nuts and seeds, because of how quick and filling they are, that perhaps their intake of protein is too high in their diet.

We fully understand the convenience of the quick energy that eating nuts and seeds can bring to one's diet. We also have learned, through experience, that the more we rely on this type of nutrition (high in fat), the less energetic we feel long-term. There's nothing wrong with eating nuts and seeds as a pick-me-up between meals, as long as you're eating a small handful of them and your body does well with fats (not everyone can easily digest fats).

Read more: Too Much Protein From Nuts and Seeds?

You're in for a treat with this recipe. Our Guest Raw Chef this week is Shivie Kaur, half of "The Cook and Butler" duo of TeamRaw. Wendi shot this video a few weeks back in San Francisco during Pure Jeevan's recent cross-country tour! While there, Shivie and her partner Cemaaj created and served a delicious gourmet meal for Wendi and KDcat. The blog post from that visit was here. So, here's Shivie sharing with you how to make an easy and delicious raw salad dressing!

Take the Time Tuesday: My Friends and Family

For this Take the Time Tuesday, I'm going to do something different. I'd like to share with you some of my friends and family, people I'd be pleased for you to meet in person some day. They are all beautiful people, filled with love.

Some of Pure Jeevan's Friends and Family!? 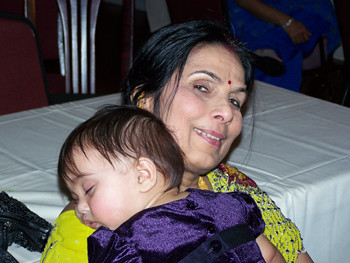 The birthday girl, Rhia, asleep on her beautiful Nani?

Read more: Take the Time Tuesday: My Friends and Family 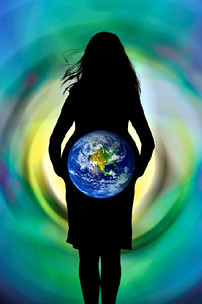 On this beautiful May Day, I am thankful for creativity. We all have a creative ability within ourselves to imagine all kinds of things.In yesterday's post, about asking myself questions in order to make changes in my life, I talked about having an image in my mind of how I wanted my life to be in the near future. I was using my creative abilities to see my future as happy, vibrant, and healthy.

Here's an older post, from August 2008, about modifying one's diet to experiment with attaining even greater health. ?I know the before/after pics, alone, are inspirational enough to live a raw vegan lifestyle!

Read more: Old Post to Inspire (or Reinspire) You!

Here it is: Putting it all together. Here you'll see what we use for our taco shells and how we build up our taco. Quite often, we also make a raw sour creme using cashew nuts and lemon juice. But, for these tacos, it'll just be meat, salsa, and guac. Enjoy!

Is Oil Bad For You?

Hi everyone!? Sorry for the late post tonight. I had a busy day, and even met with a new realtor to help me sell The Luck House! (Wish us luck on that front -- but I have a super-great feeling that this new realtor is 10x more professional and knowledgeable than the previous one.)

Today I thought I'd give you a peek into Wendi's rather fascinating Inbox. While she's away, she asked me to monitor her Pure Jeevan mail box and field as many of the questions as possible. It's been ... interesting! :-)? I never realized the volume of email that she receives! It's almost a full-time job to keep on top of it (which I haven't been able to do as well as I'd hoped -- although I now have it down to just a ?hundred or so unanswered ones, so that's progress!).

Read more: Is Oil Bad For You?