There's a peculiar yet recurring kind of argument I get from a number of people from time to time when the subject of diet or health arises. Basically, it goes like this: "Yeah, all of those vegetables and exercise might be good for you, and all of that meat and fried food I eat might be bad for me, but what if you get hit by a truck tomorrow "

This sort of perspective is interesting to me for at least two major reasons.

First, there is what I call the Great Disconnect. This is when people deny, consciously or unconsciously, that any correlation exists between diet and health -- specifically, between one's diet and incidences of chronic diseases like cancer or diabetes. Getting hit by a truck and, say, contracting diabetes are seen as equally random under this world view, as though there is no such thing as causation at all.

And, like anything else in this magical world, such a view can be supported by real-world evidence. For example, if you posit that smoking is bad for you, they invariably reach for the old George Burns argument: "He smoked until he was almost 100 years old and he was fine. So, who's to say, really " (Nevermind the fact that lung cancer remains the leading variety of cancer and that there is an undeniable correlation between tobacco use and lung cancer -- 90% of lung cancers arising from tobacco use according to WebMd.) 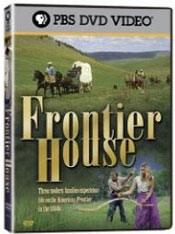 Ironically, there does seem to be a reluctant acknowledgement of a relationship between one's *weight* and one's diet. In my experience, it is weight in particular -- not any other health condition -- that people are referring to when they make the remark I quoted above (about veggies being good for you and junk food being bad). Although, I sometimes marvel that certain people view my newfound fitness (which they perceive as thinness) as a fault, for which my diet is to blame! But, then again, our perception of health is so skewed in these days of excess that this is understandable. Did anyone catch that public television reality show years ago called Frontier House? (This was a reality-style show in which families lived on small homesteads, totally disconnected from the world, as though it were the year 1883.) I'm fairly sure it was the man from the Clune family -- Gordon Clune -- who actually had a doctor brought in to examine him after he'd lost so much weight from eating less and working (exercising) more. As I recall, he thought he was dying, but it turned out that he was merely extremely healthy.

The second, and related, aspect that interests me about the "You might get hit by a truck" argument is the notion of control. I more or less hinted at this above, but now let's focus on it intently.

Yes, it's true that there are countless things beyond our control as human beings, many of which are disease causers. We cannot see (or even smell) air pollution all the time, yet we know it's bad for us. We cannot taste or smell aesbestos, yet that is a known carcinogen (similar to how we cannot taste, smell, or feel many other particulates or radiological sources that cause chronic illnesses).We cannot feel the effects of cell phones, yet it looks like there could be a correlation between heavy, long-term use and brain tumors. (Thanks, Charles, for that link.)

In short, we cannot see every disaster coming our way, yet there are most certainly events in motion at this very minute that will culminate at some point down the road in what hit author Lemony Snicket might refer to as "unfortunate events." That's human existence -- living in a state of never knowing everything.

But diet ... this is something over which we DO have some control -- and we should celebrate that! It's true, you could very well be the one with the genes so miraculously advanced (or mutated) that you could live to 120 years old eating pizza and ice cream daily -- the dietary George Burns, if you will. But, if it's all a numbers game, chances are you're not George Burns. If you're an average person, the best bet is following an optimal diet.

So, my advice is to exercise that control and choose to eat as healthfully as possible; the practice certainly cannot shorten your life, and also cannot protect you from all non-dietary misfortunes that may befall you, but chances are that it will significantly lengthen your lifespan (not to mention improving the quality of it as well).

i do have to giggle, jim... first let me say that no matter HOW long i live -- if i tomorrow am hit by a truck or if i live to be 200... i want to be as healthy as possible for as long as i am on this planet. i consider this human body to be quite a fine gift -- even better than my sweet computer that allows me to connect with kindred spirits all over the world!!! -- and the body houses the most precious thing in the world -- life itself. so i am all into taking GOOD care of this 'temple', body, container. so, yes, no matter what, i'll be eating my kale and apples and everything that's good for me.

and yet, i was giggling because -- ironically, there have been so many untimely deaths among the very very healthy.

i knew a man -- robert gray -- who wrote 'the colon health handbook' who DID walk out in front of a truck... arnold ehret, "the grape diet" guy died, when he slipped and fell on an oily street... ann wigmore died in a fire in her hippocrates institute.

How about that a healthy diet will improve you eyesight so you CAN SEE the truck better so you don't get hit by it!