?To keep all of you inspired while we are away, we've asked some 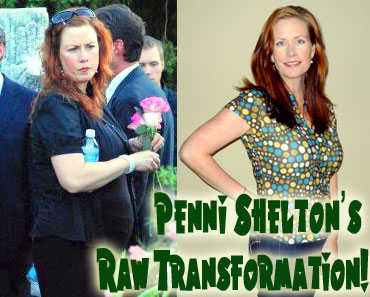 From early childhood, I suffered from persistent, unexplainable intestinal problems. Although many doctors were consulted and performed every known test, there was never a clear diagnosis other than the vague IBS (irritable bowel syndrome), which never responded to traditional medical treatment. At 15, I contracted a severe case of mononucleosis, which ultimately led to a breakdown of my immune system. This compromised immunity opened the door to multiple allergies, asthma, eczema, skin problems, reoccurring urinary tract & yeast infections and Chronic Fatigue Syndrome, otherwise known as Epstein-Barr virus.

Due to a past riddled with chronic health challenges, I became interested in natural health by the time I reached my late teens, when I finally became disillusioned with the promises and failures of modern medicine. By the age of 22 my passion for natural healing therapies was further fueled when I began working with and studying under Dr. Joel Robbins, MD & ND in Tulsa, and I enrolled in his Natural Health & Optimum Nutrition continuing education program. I earned my Natural Health Educators degree in 1992, but still found that I was struggling with elements of my own yo-yoing weight, less than optimum health and depression.

Fast forward to 2005 .While preparing for a family vacation, I realized that something had to change. Topping the scale at nearly 200 pounds, I was in tears at the thought of having to try to squeeze into a bathing suit. While out shopping with no luck, I wandered into a bookstore and happened upon Carol Alt's book, Eating in the Raw. Since the 80 s, Carol Alt had always been a role model of beauty and health, so I decided to purchase the book for a light vacation read. Little did I know at the time, but the information within Carol s book would cause an awakening which would soon begin to dramatically change my life.

Although I had tried nearly every fad diet on the market, once I read the penetrating truths within the pages of the book, I was resolved to try one more time. I felt as though I had already tried everything else to get healthy and lose weight, so I might as well take Carol s sensible advice and eat in way that could enable me to live my life fully alive where I m not just eating to survive. With the blessing and support of my husband Gordon, I jumped into the raw food diet overnight. Within the first week of a 100% raw diet, all of my lifelong irritable bowel syndrome symptoms were completely gone. Within the first six weeks, I lost 15 pounds without reducing the amount of food that I was eating.Gordon & I were dining on wonderfully healthy, raw foods as much as we wanted, and the weight was still falling off.

Obviously there was a learning curve in which I had to relearn everything about preparing foods for myself and my family. Once a gourmet cook, I had to figure out how to make the shifts and changes necessary in order to successfully transition to this new way of approaching food preparation. Over a period of months, the Shelton s kitchen was transformed into a healthy, raw and living environment of delicious experimentation.I had to learn to shop all over again. Although at times it was a bit intimidating, it was a challenging but fun process to find an entirely new groove to meal planning and food preparations.

Almost 4 years have passed since going on a raw diet and I am still as passionate about raw & living foods as ever. Although I don t boast of maintaining a 100% raw diet religiously, I do follow a very high raw regimen that primarily consists of organic fruits, vegetables, nuts, seeds and sprouts. I have also kept off a total of 35 pounds. This journey that started with a decision to make a change in diet has ended up being a catalyst that has opened the door to many exciting opportunities for learning, growing and healing on many different levels.

You can reach Penni by email at realfood.tulsa [at] yahoo.com or to find her online: 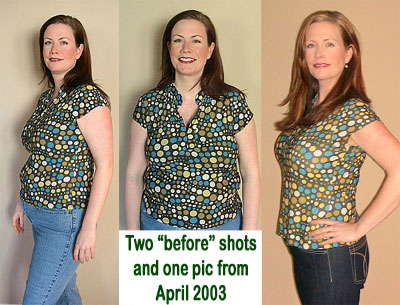 Wendi & Jim...Thank you for your love and support and for having the desire to share my story with your readership. It is a blessing to know you and I hope your vacation is a slice of heaven. We miss you & will be looking forward to hearing all about the much deserved getaway!
XOXOXO.....Penni

Girl, I didn't believe you in ATL when you said you had lost weight (I just really couldn't believe it). You GO girl! :D Just when I thought you had fully inspired me, you go on to inspire me even further! :D

Wow,Penni,I never knew you were on the chunky side like many of us.So when I see your face then I can bet you that you heard this : You are so pretty.And way down people were saying but if you lost weight you would look good (better).And you are pretty and a great roll model.I so thank you Penni for inviting me into the RawFu community when you did.It enhanced what I was already teaching myself.

Now I know this because I have heard this myself about me.I have a chunky belly area and OH Penny I can so relate.I am so loving this journey and I one day will be a positive influence for folks wanting to lose weight and increase their health too.
Hello, Wendy Dee

Wow Penni! You are remarkable!! I love your "story"..you are such a great asset to the raw community!

Wow, you're one incredible gal :-)

Penni - you look fabulous and are an inspiration! Love it and can't wait for your book sweetie!

...the Shelton s kitchen was transformed into a healthy, raw and living environment of delicious experimentation.

LOVE that and it comes through in every recipe, photo, and story you share on your blog.

You have been such an inspiration and bright, beautiful Light on my raw journey toward health and healing.

Much, much gratitude and love you to rubyvrooooooooom!

That's my home girl - Penni, you have been and continue to be an enterprising and effective leader and blessed inspiration for women, in healthy cuisine as well in developing a path of faith and peace despite obstacles.

Awesome story Penni! Thanks so much for sharing. You're such an inspiration. I feel blessed to have someone like you to look to on this raw food journey. Love and light to you!

Thanks to all for your encouragement, support and love. I feel very blessed.
XOXO.....Penni

Thanks for sharing your story, you look great Penni.

Penni you totally rawk! You are a Goddess!
Thank Goodness for that fateful moment when you picked up Carol Alt's book.
I am so glad to be sharing this amazing adventure with you.
XOXOXOXOXOX!
--Jen

An amazing and impressive list of accomplishments, and our beautiful Penni has only just begun!!! I'm proud to have met you, Penni. I hope to meet up with you again soon,
Love,
Rawbin

You are very welcome. Thank YOU for being a part of this amazing series!
I've received many emails from people who have continued to be inspired by
the many raw stories being shared. You are such a beautiful, giving person
to open your heart and share with everyone!

Our vacation was great. I'm back in chilly, sunless Pittsburgh and missing
the Florida warm sunshine. It was a coconut-filled vacation and I feel
fabulous. It was fantastic to get away and be unhooked from everything for
a while.

Thanks for sharing your story, Penni. You are amazing, wonderful and always inspiring. XOXO
Pixy Lisa

Penni, Your story has given me hope I can move forward in the raw foods and overcome the hard times.

Thank you for sharing what you've learned with schools and whoever still suffers. You are a caring person and I hope you can develop a livelihood with this as well. I'm interested in your upcoming book! Best wishes. Cindy

oh my gosh i didn't know about your mono and epstein barr. same thing here. you're amazing. i am learning so much from these stories.

That's an impressive change! I've met fat hopeless people before, some of my friends have this condition. Most of all these people don't want to be lied about wonder diets, the failure it a big burden for them and it keeps them from trying again.