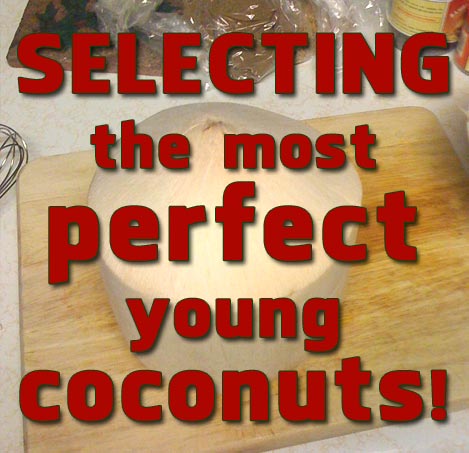 Read more: How to *Select* a Young (Thai) Coconut at the Store 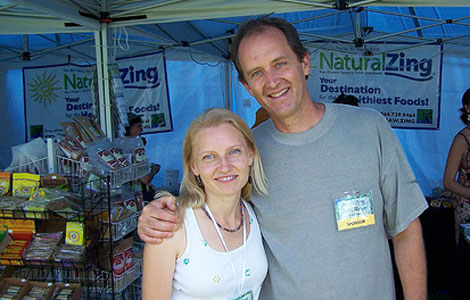 ... just a quick interruption of "Crazy Week" to do two things:

1. Congratulate Natural Zing on their 8th year in business!

Jim here... Allow me to think out loud, philosophically, for a few moments, will you? I have a gut suspicion about something, but need to think it through a bit here. I'll start with a quote:

"There have also been a number of traditions around the world that describe a divine confusion of the one original language into several, albeit without any tower [referring to the well known story of the Tower of Babylon from the Christian Bible]. Aside from the Ancient Greek myth that Hermes confused the languages, causing Zeus to give his throne to Phoroneus, Frazer specifically mentions such accounts among the Wasania of Kenya, the Kacha Naga people of Assam, the inhabitants of Encounter Bay in Australia, the Maidu of California, the Tlingit of Alaska, and the K'iche' of Guatemala. ... The Estonian myth of "the Cooking of Languages" has also been compared."

The way your smile just beams

The way you sing off-key

Read more: A TGIF Post: Your Health is Yours!

Jim here with a weird little story for today... I was at a business seminar early this morning and someone I know came up behind me at the buffet and said, "I'm getting in line behind you to see what you eat. You've lost weight and I want to lose weight, too."

"Well, it's no secret," I replied. "Just chow down on all of this great fruit they have." (I'd already piled my plate high with honeydew, cantaloupe, pineapple, and strawberries.)

TEST: How Sharp Is YOUR Brain? 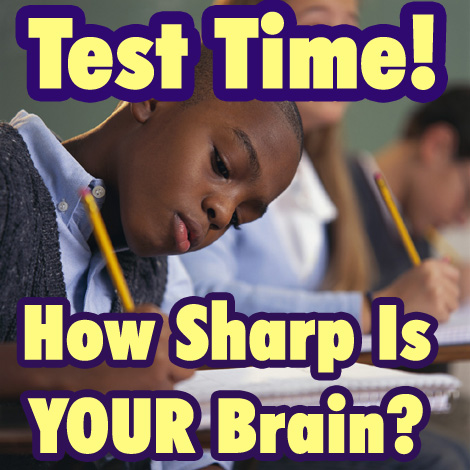 Let's have a bit of fun today here on the blog. All week long we've been focusing on brain health and minimizing our chances of developing memory loss as we age. So, how sharp is *your* brain right now? What can you remember as the key highlights of ways to increase memory, ways to eliminate memory loss? What else can you remember reading over the past week here on Pure Jeevan's blog about having a sharp mind?

Share your resp0nses in the comments (and don't read those left by others until you've left your own!).

Read more: TEST: How Sharp Is YOUR Brain?

Summertime Raw (Video): Out the Door in 10 Minutes!

Well, it's officially summer here! This time of the year is extra special to us now that we're healthier. Not only is there an abundance of fresh, local organics to eat, but the sun also shows itself to us a lot more (Pittsbugh is ranked as one of the places experiencing the least amount of sunshine per year). The sun actually used to make me feel physically ill (I wrote a bit about that in an earlier post), but ever since I've switched to a raw vegan diet I find myself drawn to the healing sunshine.

Before switching to a raw lifestyle, we used to go on a lot of outings (picnics) and we'd also go camping. I remember a friend voicing concern when my diet was beginning to change to raw foods. She felt I wouldn't be able to go camping anymore and that things like picnics wouldn't be fun for someone eating a raw food diet. She thought I'd need access to a refrigerator in order to keep all my raw foods fresh and a kitchen where I could prepare the delicious foods she had been seeing me eat.

Read more: Summertime Raw (Video): Out the Door in 10 Minutes! 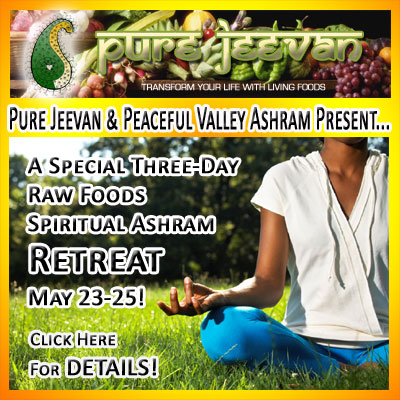 We now have two more raw food snack companies sharing some of their goodies for the retreat gift baskets! A special thank you go out to:

Sometimes you meet someone and you just know they have tapped into something special, something most of us search for but never quite find. That was the case when I met this lovely woman I'd like the rest of you to meet. There's a centered peace about her, down deep in her core, and yet she's overflowing with an energy that I've never seen matched by anyone else. She's delightfully insightful, intelligent, and playful all at the same time. ?

Take the Time to Meet