Thinking of poor dietary practices, for example, can you imagine if junk food, like junk email, came with an "unsubscribe" option If you're transitioning to raw, this could be an interesting way to think about each thing you eat. 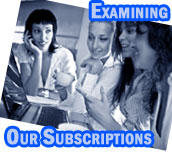 Subscribing and unsubscribing is fairly accurate, for a few reasons. First, it implies a psychological buy-in to a concept. People say, for example, "I don't subscribe to that point of view." So, thinking of it in this fashion not only states your position of participating or not participating in something, but it also reminds you of why you're making the choice you're making. So, by thinking of myself as having "unsubscribed," I'm not simply saying "I don't eat sugar"; rather, I'm stating, "I do not consume sugar because I believe it contributes to poor health." That reaffirms my commitment and keeps my itnentions on a very healthy, conscious level.

Second, as we all know, subscribing and unsubscribing to Internet sites and emails is also not necessarily permanent. Yes, people get on each other for flip-flopping, waffling, changing their minds, etc. But, no one bats an eye when you subscribe and unsubscribe to things. So, if you miss your [fill in the blank] too much ...hey, you can always resubscribe later (although I don't think you'll resubscribe to very many cooked, processed, or sugary things once you start feeling like a million bucks on raw)!