Obesity Explained Outside of Diet (Part 3 of 4) 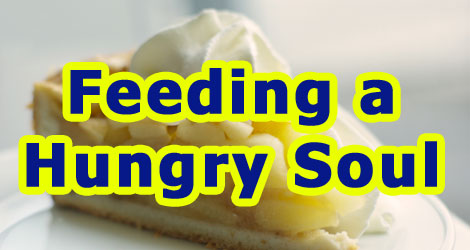 We began this series with one possible psychological explanation of obesity, moved on to a possible philosophical explanation, and will now cover one that could be both of those, or could find classification within the emotional and/or spiritual realms. ?Wendi has often told me of hearing Dr. Gabriel Cousens speak in Sedona, Arizona, a few years ago. One remark in particular stuck with her. This may be a slight paraphrase, but Dr. Cousens said:

As we all know, physical hunger happens when our bodies need food -- when our stomachs are literally empty and aching for fuel to sustain our life. But, what about non-physical types of "emptiness"? Surely, we experience a kind of hunger in these cases as well. 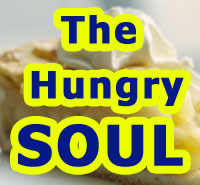 We're really talking about desire, the emotional counterpart to physical hunger. In these cases, there's something in our life that's lacking, wrong, missing -- or ... fill in the blank -- and we desire to see the situation change to that which would make us happy. For some, this phenomenon could be subtle -- or even unconscious -- perhaps present only as a persistent unsettling ache in your gut that tells you something's wrong. For others, it may well be obvious -- a troubled relationship, grief or bereavement, or even obesity itself! (I'm reminded of the character Fat Bastard, from the Austin Powers movies, who said "I eat because I'm unhappy, and I'm unhappy because I eat. It's a vicious cycle.")

Naturally, there are many causes of obesity and, likewise, there are many possible manifestations of a "hungry soul" besides obesity. So, not everyone who is overweight is having a crisis of the soul. And, not everyone who is outwardly fit is free from them. However, we believe that it's quite common for people in these situations to, in effect, self-medicate -- to take comfort in something, anything, to take your conscious or subconscious mind off of the lingering crisis. While there are probably hundreds of ways to accomplish this, probably the easiest way is to reach for junk food.

It strikes me now that I need to make a minor mid-course clarification to this whole series. ?I've entitled these posts "Obesity Explained Outside of Diet." However, in this case, the true final cause of the obesity is in fact, most likely, diet. So, I'll acknowledge that fact, yet point out that, here, we're really more interested in the initial motivation for eating the junk food. Surmount that motivation and you've solved the obesity problem.

Of course, as they say, "easier said than done." But, at least it's something that people can self-examine. ?This topic is far too complex to cover in a single blog post. But, if you're interested in exploring all possible causes for holding onto extra weight, dig down deep and ask yourself if anything may be bothering you at a core level. There just may be a solution in there somewhere...

While there are probably many other non-dietary causes for obesity, I'll wrap this series up with some final thoughts tomorrow -- including why the raw food diet is probably still a good idea, regardless of the cause of this problem.

psychology has a lot to do with weight gain and struggle to loose. At least in my past experience I have been my own enemy along with my food choices. I use to weigh 310LBS and yes diet was the main problem in my case but also quantity and emotional eating. I still have to fight myself when I am depressed, angry, stressed, bored or worried. My first reaction is always food to comfort me. Eating a raw vegan diet has helped me to become literally half the person i use to be. It is always still a mental struggle of weather i am truly hungry or my mind says eat to comfort.

I completely understand, Aleise! Congratulations on figuring out the triggers and moving beyond them and healing your body!! You are very inspiring! I'm happy you stopped by and shared your story.