Wow, is it really Episode 3 already? How time flies! Remember way back when we started this informative, informational, nutrition-oriented "Know Your Food" series? Seems like ages ago, doesn't it? (Oh, wait... It WAS ages ago. It's just taken us a while to get up to speed with this video stuff!) Anyway, here's the video, followed by some camera/video editing news -- oh, and of course some highly urgent celery information. (Okay, it isn't really urgent at all; we just needed to add a dash of drama.) So, see what you think. You might even learn a thing or two about our stalky green friend.

Not TOO bad, right? We're getting to our goal of roughly 3-minute episodes. Of course, this is still one of our first attempts, shot last Sunday. We thought it was decent enough to not entitle it "salvaged" as we did the previous installment.

All this month, Jim has been experimenting with a low-fat, raw vegan diet. He discusses his reasons for trying a low fat diet, and how he s been feeling with the changes, in his first and second posts so far this month.

Many of you have heard us mention the famous low-fat, raw vegan 80/10/10 diet here on our blog. Well, today I d like to highlight the individual behind that diet. So? 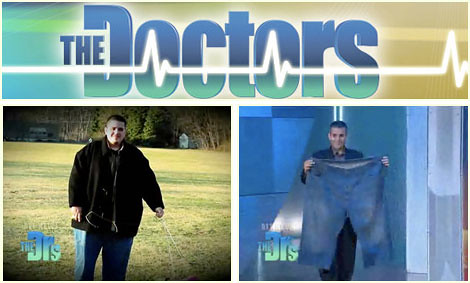 The Coolest Mistake Ever!

Mistakes are bad, right Well, not always. Here's an example of a great one, and it's something that demonstrates a conviction I have about raw foods! You see, in all of this talk of moving to Portland, I made a huge gaffe recently in my thinking about finances.

You see, I was pondering the terms of a home loan one afternoon -- percentage rates, down payments, monthly payments, tax escrows, etc. It was all really dry, boring material. Suddenly, I thought to myself, "Wow, here we are about to buy another house, after owning this one for so many years. In less than 10 years, we would have owned this one outright, but now we'll be starting over again with a 30-year mortgage."

Read more: The Coolest Mistake Ever! 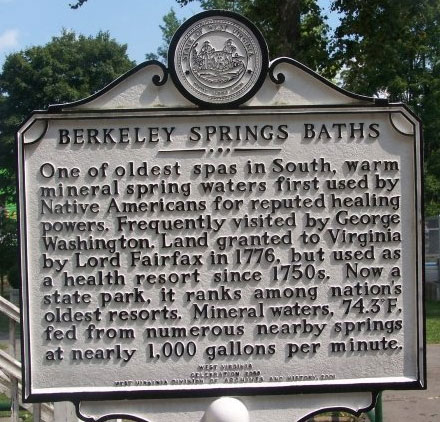 Hi everyone! ?We wanted to announce plans for a raw food picnic / potluck / meetup next Saturday, September 19th, at noon, in Berkeley Springs, WV at Berkeley Springs State Park (link to map), a wonderful natural healing destination about half-way between Pittsburgh and D.C. Wendi was just talking with Rawbin from the Capital Area (D.C.) raw food meetup and we all thought that a combo Pittsburgh / D.C. meetup might be fun. So, we all planned something right on the spot!

Berkeley Springs is a really nice (but small) public park in West Virginia about half-way between Pittsburgh and D.C.I traveled there a few weeks back with Melissa, Dave, Ella, and Bethany on the way to Raw Spririt East. We had a super time soaking in the spring water and checking out all of the cool alternative shops. (I did a write-up here on Pure Jeevan a few weeks ago and posted some video of the place).

Today I Am Sad

This isn't one of our normal blog posts. It's more of a journal entry, than anything else.

You see, I'm a bit sad today. The Raw Spirit Festival in Santa Barbara, CA, started today and I'm not there. We've been working really hard on many raw food projects, trying to sell our home, etc. So, spending the time and money to travel to the other side of the country for a weekend event just didn't seem like a good idea.I don't think we made the wrong decision, but I do admit I was hoping that somehow the Universe would conspire in some magical way to arrange for me to attend the festival this weekend.

For those who have never been to a Raw Spirit Festival, you might wish that you could attend something so totally awesome---to be surrounded by raw foodies you've met online, to attend the various speeches and events at the festival, etc.---but you probably aren't feeling completely sad that you aren't there. To have attended a Raw Spirit Festival, had your entire life altered by the experience, and then to not attend the next one is almost heartbreakingly sad.

Read more: Today I Am Sad

Picking up from the previous installment, Wendi and KDcat absolutely loved beautiful Corvallis, but ultimately felt it had too much of a small-town feel for us. So, they decided to take a road trip to the nearest big city, Eugene. KDcat and Stephanie (one of the lovely daughters of our Corvallis hosts) were enjoying their time together, so Stephanie decided to come along.

The trip from Corvallis to Eugene is but one pleasant hour's drive.The group's first stop was the Buffalo Exchange, a new and secondhand clothing store. Everyone loved the store, which offered a great selection of? fun clothes you can t usually find in other stores or thrift shops. A barely worn pair of red hi-top Converse sneakers was the highlight of this stop for KDcat. She's been wanting a pair of these exact shoes for ... well, forever! She immediately began decorating them when she had the chance (after they were disinfected, that is).

From there, they explored greater Eugene, checking out areas others had suggested. There were a lot of cute shops, but they were geographically spread out. It wasn t like the neighborhoods in Portland, where you can walk blocks and blocks with unique stores, restaurants, etc., all in a row. There was a nice vibe to Eugene, Wendi said, but something about it just didn t feel like home for us. Wendi said there weren t as many people out and about as she'd expected, but that could have been because they visited on a Sunday. Here are some pics from around town -- and then we'll talk food. 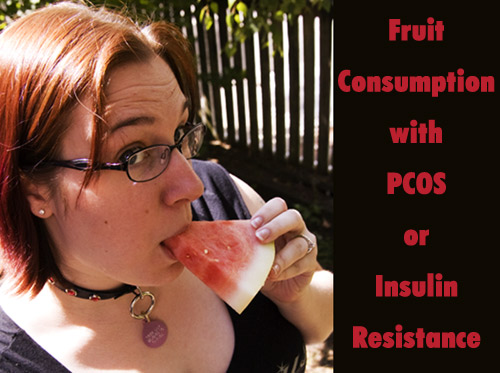 Many of you know some of my story of healing. I suffered with Polycystic Ovarian Syndrome (PCOS) since I was a young teenager. Over the years, I began putting on more and more weight until I was nearly morbidly obese. I learned a lot about PCOS and how there is always an accompanying issue with Insulin Resistance.

Countless overweight women search the Internet looking for help in dealing with PCOS, hoping to find a natural cure to the harsh medications often prescribed that tend to cause other health concerns in our bodies. One of the most often asked questions is from women who have a pretty good understanding of PCOS. They want to know if they need to be careful with fruit consumption if they have PCOS and are trying to lose weight.

Isn't it amazing how many different, stunningly delicious salad dressings there are in the world ! It's mind-boggling! There could easily be an entire blog devoted to nothing but raw salad dressings -- and I bet, in the right hands, such a blog could go on 5 days / week for literally years before truly exhausting the subject.

The world simply abounds with good recipe ideas -- and "abundance" is really the mentality you need to embrace when you're doing anything in the culinary world, raw or otherwise. The other side of the spectrum is the "scarcity" perspective, which is when you think, "Oh, I'd love to write a cookboook or create a recipe, but there are already millions of them out there and all of the great culinary creations have been done already."

Hey, where the heck is Pure Jeevan this week ??? Sorry for the silence on our end; we're actually in Portland, Oregon, closing on our new digs -- the new HOME of Pure Jeevan!!! Exciting stuff, but we're SO busy that we may not be able to blog again until the week of June 7. But, we'll definitely return by then, and maybe even post a thing or two from here. It all depends on our internet situation. In any case, it's SO wonderful to be taking direct action on the future on Pure Jeevan. It's a huge leap of faith on our part, but it seems right by all accounts. So, see you soon when we return! -Jim & Wendi

Reader Question: Returning to "Healthy" Eating After Healing with Raw

Okay, it's question day once again -- and we've received some great ones lately. Before I begin, just let me reiterate once more that Wendi and I can't give medical advice here. We're motivational, inspirational raw food / natural health writers and educators (considerably knowledgeable and experienced ones, I might humbly add!); not doctors.So, whenever we give "advice" (or, whenever our writing appears as such), what we really mean is, "Well, if that were me, this is what I would do." And, the rest is in the disclaimer that runs on all of our pages.

Not only do we not give medical advice because we're not doctors (as if that wasn't enough of a reason!), but we also know that each person is different and, as such, all symptoms and conditions are unique to each person's individual situation. If person A and person B are both experiencing high blood pressure, it could easily be two different things causing that -- and the treatments or approaches could differ tremendously. What might fix person A might kill person B! (Sorry person B. No hard feelings.)