***** DISCLAIMER: As with all of our posts here at Pure Jeevan, and particularly those tagged with a new term, "Nadi Balance," please refer to the disclaimer that runs at the bottom of all Pure Jeevan pages. Wendi and Jim are health researchers, educators, and extreme self-experimenters; not doctors. ******

If you've been following this Nadi Balance series, you're probably as fascinated as we are with the body and the myriad ways in which we can peer into our physical health through observation and experimentation. Yesterday, we learned about a blanace being necessary in the human body between fatty acids and sterol fats. (This is but one of the many balances we'll eventually talk about under the larger umbrella of Nadi Balance.) We shared how Wendi's body was in an an extremely unbalanced state, with her fatty acids far outweighing the amount of sterol fats. 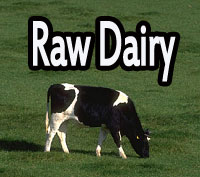 In order to balance the fats in her body, we realized that it was important to somehow decrease the fatty acids while also increasing the sterol fats. For those of you who aren't aware, fatty acids enter the body through raw food sources such as flax seed, chia seeds, sunflower seeds, hemp oil, walnuts, and leafy green vegetables, etc. Sterol fats are less abundant in a raw vegan diet. They can be found in plant sources, in small quantities. They're in vegetable oil, some nuts and seeds, cruciferous vegetables, avocados, blueberries, and a few other sources.

There's a problem with plant-based sterols, however, *if* one's body has the imbalance we described yesterday with Wendi (far too many fatty acids compared to sterol fats) because many plants containing sterols also contain fatty acids. So, you're not going to easily correct an imbalance like Wendi was experiencing through plant sterols.

Through consulting with research scientists as well as educating ourselves about sterols and fatty acids, we determined that Wendi needed to *quickly* close up her too-porous, overly open cells. The best source, we determined, for a non-plant sterol was organic clarified butter (aka ghee). We selected ghee because it is a source of non-plant sterol that does not include animal protein (which has been linked with cancer among other unhealthy diseases). We were happy that ghee wasn't too far outside Wendi's comfort zone when it comes to the ethical side of vegetarianism and veganism.

We were able to find a source of ghee that was not only organic, but also one where the cows are grass-fed. In addition, we were somewhat comfortable consuming ghee, a nonvegan product, because it has a long history as a healing medicine in ayurveda. Ayurveda, which means "science of life," dates back to before 1500 BC in India and is still being practiced today.

Within three days of consuming ghee, not only did Wendi find herself filled with energy for the first time in nearly a year, but the excruciating pain she had been enduring seemed to have miraculously disappeared! Let me tell you, Wendi has always had a deep love and respect for cows, but after this healing "miracle," she found it easy to see why the cow is so revered in India. The cow's milk, which is used to produce ghee, literally returned her life to her.

It was around this time that Wendi slowly began participating in our beloved online raw community again. Prior to this, it took great pains to even answer a simple email from Pure Jeevan family members. Within three days of consuming ghee, she was not only fully pain-free and filled with energy, she was vibrantly alive and immersing herself once again in the raw food community.

Some of you may be asking now: Is Pure Jeevan now advocating a nonveganism? No, we are not. Wendi consumed ghee for a very short time and viewed it as a medicine rather than a food source. We're very appreciative to the cows who contributed to her healting, and have the deepest respect for these docile animals whose love-filled eyes seem to be able to see deep within the souls of those looking into them.

We've been seeing what seems to be an emerging trend in the raw food community. This trend involves the addition of raw, but nonvegan, foods into the diet (such as raw milk, cheese, eggs, and even some raw meats and fish). Those adding these nonvegan food sources are claiming overall improved health and extreme increases in energy. We theorize, based on Wendi's experience with the ghee that perhaps the addition of these nonvegan foods are returning a balance to bodies whose fatty acids were outnumbering sterol fats. We wonder, however, if some of those people including these products in their diets are potentially consuming an amount of animal protein that may possibly lead to cancer (as animal proteins, as we stated earlier, may be linked with cancer). Not only that, but is the continued use of these products going to tip the balance in the opposite direction (close off the cells too much, locking in and out what should be easily flowing)? 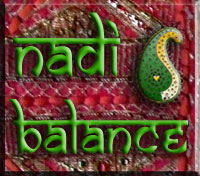 Although we do not judge others who are consuming animal products, we firmly believe that the human body is not designed to consume such things. Why would the addition of animal products bring about a sense of health to long-term vegans, then? Well, in the animal kingdom, sterols are produced in the liver. We have a theory that we're working on, postulating that the lack of sterols in a long-term raw vegan diet is not coming from a lack of animal products, but is occuring because of a poorly functioning liver.

Yes, we have a LOT of ground to explore, as you can see. Our research is still in the infancy stages, but we know we're learning about so much that will contribute to overall health, well-being, and vibrancy in the long-term. It's all so thrilling and groundbreaking, isn't it !

NOTE: Please do not take from this blog post the idea that adding raw dairy to one's diet is necessary. In many cases, it's most likely not. One should first determine the overall balance of fats in the body before increasing or decreasing either sterols or fatty acids. Remember, there is a balance that is necessary. Adding more or less of either type of fat could disrupt one's balance.

NOTE for those with LYME: Please read through our blog, especially the previous Nadi Balance posts. What has worked to help Wendi's body heal from lyme disease is specific to her particular body's balance and ?needs. Each individual with lyme must find what is out of balance and go from there to find a path of healing. One person's "cure" may be another's poison. If an individual has lyme disease and their diet prior to lyme was one of the standard American fare, a live/raw food diet is most likely enough to bring the body back into balance. Again, what worked for Wendi isn't necessarily going to work for others. Each body is unique and requires different balancing.

Coming Up Next: Questions!

***** DISCLAIMER: As with all of our posts here at Pure Jeevan, and particularly those tagged with a new term, "Nadi Balance," please refer to the disclaimer that runs at the bottom of all Pure Jeevan pages. Wendi and Jim are health researchers, educators, and extreme self-experimenters ? not doctors. ******

Yeah for the power of good fats! I agree that it is possible at some point to over consume animal protien etc.. balance is key.. but you already know that!
love to you and those life giving cows!
xo deb

This is the post I have been waiting for ever since I meet you on your tour in Chicago. It makes perfect sense. I will keep this great info logged in my brain if ever I should need it. The liver, who would have guess. This simple approach might be the missing key to children on raw diets and their slow growth or lack of grounding. In taking just a bit for a small time to find balance, how do you incorporate ghee into your diet? I what to know specifics.

Nice to hear things are working out for you :O)