As you can see from yesterday's post, Pure Jeevan keeps extremely busy during the year. What's up for 2010? Let's just say... more amazing information, inspiration, education, motivation, and cutting-edge health features! This post will be considerably shorter than last year's counterpart. In January 2009, we ran a 3-part series on looking back and looking ahead. While that was super-productive from a planning perspective, a few important points come to mind as we ponder the same issues once again: 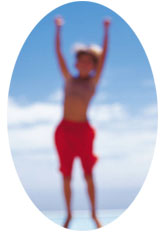 Well, our home is still on the market (though things are looking up, we think), and Wendi is certainly on the mend now from Lyme. So, we're confident that during this coming year, you'll see Pure Jeevan grow by leaps and bounds over the past two. As for the health challenge, Wendi's experiences as a result of Lyme disease have brought us to a fork in the road that we hadn't previously known existed. What we've been learning is thrilling, and we look forward to sharing it all with you as the year progresses. You see, what we're learning isn't only related to Lyme disease; it's going to help all of you attain higher levels of health! (We know we keep hyping that, but it's just THAT major. And, we promise we'll get to it soon.)

But enough of our post for now... What would YOU like to see more of (or less of) here on Pure Jeevan's blog ? What were your favorite features or posts last year?

Remember, Pure Jeevan exists to inspire YOU! So, don't be shy. Let us know how we can best serve you.

Of course I'd like to see more of the new health information you're teasing us with, . . . but I think Pure Jeevan is doing just fine.

More Making it Monday videos would be good, or recipe series videos, like the dressings would be nice. I don't mind reading recipes, but when you see someone make them in just a few minutes, it takes the overwhelm away and puts in a feeling of "I can do that."

Dear Jim & wendi, while I have benefitted in many ways since I''ve joined the PJ family already, I would like to seeore content directed toward those of us are in the beginning to intermediate stages of transitioning to a raw food lifestyle, personal insights as to some of the stumbling blocks you & Wendi faced (and others you know of as well) when you both were switching over and remember that there are some of us out here that are not seasoned (non pun intended) veterans in not only going raw but staying raw..! Thanks.... Gary - Oregon

I don't even know what a full feed is, so I can't say anything about that.

I like what Gary said though. Transitioning hasn't been easy. I'm not sure what you would do differently though. The time that you (Wendi) wrote me and let me know that you yourself took your time transitioning really helped me to stop beating up on myself for losing control and giving into cravings. Maybe it would help to be reminded every now and then what you guys went through in the beginning.

Happy New Year! I've been delighted to read Pure Jeevan in 2009 and I'm certain 2010 will only shine brighter. I'd love to see more of the psychological issues of raw food explored, the aspects of energy as they pertain to health and more interviews with raw foodies who can share a new perspective. Surprisingly enough the written essays of people's journeys to raw foods are not so inspiring for me, however the interviews are fabulous. I appreciate the work of Pure Jeevan--it's motivated me more times than I can count. Thank you. Many positive healing thoughts are being sent your way.... KL

This is more of a question...I'd like to get new posts emailed to me or in my google reader. Thanks!

Thanks, Terri! Your comment is included in our update that's going up soon. :-)

Thanks! Your comment is being used in our update that's going up soon. :-)

Thanks, Gary! Your comment is being used in our update that's going up soon. :-)

Thanks, KL! Your comment is being used in our update that's going up soon. :-)

Thanks, Bitt! Your comment is being used in our update that's going up soon. :-)