In this special five-part series, Joanna Steven uncovers where some top vegetarian athletes get their protein. Here's part four, focusing on Brendan Brazier's take on this issue.

Brendan Brazier is one of only a few professional athletes in the world whose diet is 100% plant-based. He s a professional Ironman triathlete, bestselling author on performance nutrition, and the creator of an award-winning line of whole food nutritional products called Vega. He is also a two-time Canadian 50km Ultra Marathon Champion.

Brendan s professional athletic career began in 1998. Over the course of only a few years, his performance quickly climbed, improving each year in Ironman triathlon racing. At Ironman Canada, in 1999 he finished 21st, the following year he placed 14th, then 11th, followed up by an 8th place finish in 2002 in Ironman Utah. In 2003 and 2006 Brendan won the National 50km Ultra Marathon Championships. Other results include 3rd place at the National Long-Course Triathlon Championships and both 3rd and 2nd in consecutive years in the Royal Victoria Marathon. 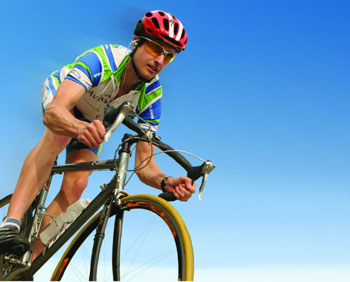 Brendan is the author of the Canadian best selling book, Thrive, and in 2005 launched his 100% raw whole food energy bar, Vega. In 2006, Brendan also invited to address US Congress on Capitol Hill, where he spoke of the significant social and economic benefits that could be achieved by improving personal health through better diet. In 2007 Brendan returned to Capital Hill to lobby against the Farm Bill and was named one of the most 25 Fascinating Vegetarians by VegNews magazine.

"It s advantageous to maintain a neutral pH. Eating too many acid-forming foods will promote inflammation, reduce immune function and cause calcium to be pulled from the bones in order to keep the blood in its neutral state of 7.35. This, of course, leads to lower bone density and, in many cases, osteoporosis.

One of the big advantages of properly balanced whole food (plant-based protein over animal protein) is its slightly neutral pH. In contrast, highly processed foods are acid forming, as are animal based foods.? The most alkaline forming foods are those with chlorophyll, the green pigment in many plants - leafy greens for example.

I eat a big salad each day that's full of dark leafy greens, since they comprise of about 45 percent protein. If the salad is big enough, that's a lot of protein and the quality is high since it's in amino acid form, which means the body doesn't need to convert it from protein into amino acids, therefore its digestion conserves energy. And conserving energy is as good as getting more."

The one food that is most highly associated with longevity is leafy greens. Because of their high magnesium content and low glycemic index, green leafy vegetables are valuable for persons with type 2 diabetes. Major sources of iron and calcium, green leafies are also packed with Quercetin, a bioflavonoid found with antioxidant, anti-inflammatory and anticancer properties. Green leafy vegetables are dense with easily-assimilated amino acids as well as other life-extending nutrients.