In my experience, the nutrition concerns are much easier to address than the lifestyle ones. That probably explains why we spend so much time on this blog addressing those lifestyle "problems" one by one (e.g., how to eat at a restaurant and stay raw, how to travel while raw, how to be at work and be raw, etc.).

Before allaying the concerns of your friends, family, and coworkers, my advice is to first meditate on what concern represents. While there are a number of definitions, the context I'm describing here implies specific things: (1) something is occupying the attention of the other person, and (2) there is likely a bit of anxiety involved on their part. More succinctly, they care about you and your well being. 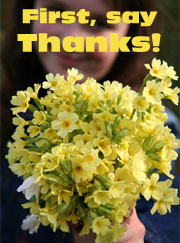 And since we should be grateful when others care about us, I find it only fitting that we should begin our answer with gratitude. So, you might say, for example, "I truly appreciate that you're concerned."

From there, it's tough to give any kind of broad advice to address every specific concern. However, the notion of intention might be a good concept with which to continue. So, you could add to that opening line of thanks an explanation that, although whatever you're doing (or not doing) that is causing this concern may seem unusual to that person, they can nevertheless be assured that whatever it is that you are doing is being done with conscious intention.

So, for example, the answer is now expanded to:

I truly appreciate that you're concerned. And, I do recognize that my dietary practices seem highly unusual as compared to most others. But, I want you to know that the way in which I eat -- what I eat, when I eat, how much or how little I eat, etc. -- reflects a conscious decision on my part, based on three critical things. First, I base this decision on all of the research I have done regarding diet and nutrition (all of which has guided me to this dietary practice). Second, I base it on my own continually improving health (which is undeniably better than it was before, based on my appearance and also on medical tests). And third, this is what I want to do. In short, it is my conscious intention to enjoy the best health ever, and my actions reflect that.

It's my belief that, if such concerns are voiced, and if they are addressed straight away in some fashion similar to what I've written above, then a foundation will be created on which a healthy conversation may continue with the person, the outcome of which will hopefully be a deeper understanding between you both -- well, 99% of the time, anyway. You're also going to have to keep in mind to not get too technical, too preachy, or too absolute when speaking with others about nutrition. Remember that most people have never even heard of raw foods, so it's probably going to be information overload, at best, if you do so (or very off-putting, at worst). This is another primary reason for my advocating a more broad, tactful, diplomatic approach to the initial concern.

Now, I did predict that this would be effective only 99% of the time. So, why don't we discuss the other 1% tomorrow I think it merits a special discussion.

I wish I had read this BEFORE Thanksgiving! LOL.

Thank you! I think I'll put your suggestion on a cue card and save it for the future!

Very nice, thank you! This will definitely help me in the future!

i meet more people who are so interested in raw and want to know more and love how it tastes. giving them a nice sample often puts them in a whole different frame of mind. :) once they taste it, they love it.

My brother is a devout Catholic and when he is met by a Jehovah's Witness(they always want to convert you to their ways) he always invited them in and tried to convert them to being Catholic!

I myself try to tell everyone how healthy I am and try to convert them to raw and/or macrobiotics/vegan.

PS Jim what have you done about your low B vitamins that were shown on the live blood analysis? B12 is one thing I am concerned about...my levels were VERY low on a blood test and now I supplement.

I used to preach to people about why I choose to eat the way I do and all the benefits, and they mostly just tore me down about how you need to eat meat...etc...now I just tell them that this is what I choose for me (and I am the pillar of health and energy at 50) while they are in their 30's and are taking a pill for this and a pill for that and are overweight with health problems. I dont preach anymore,

the proof is in how they feel when they eat raw. everyone i know remarks on how well they feel after eating. usually people feel all bogged down, heavy and lethargic after eating, but when they eat raw, they feel light, buoyant. they just need to see a good example. i'm sure everyone here is a good example. and then when they taste the wares -- haha... got'em. :) cuz raw food is SOOOO good... we don't cook out the flavor, the color, the nutrients... this is REAL food and people KNOW that... they SENSE it. their bodies respond with delight.

LOL, that would be funny if you actually used a cue card.

An **excellent** suggestion! I wish I'd thought to include that in the article. Glad you took the time to remind me of that, as that has definitely helped me a number of times.

Hi Toni- I don't recall having indications of low B vitamins. The man did say I might want to try some antioxidants, but I don't recall any B vitamin concerns. I can't give out medical advice, but I can tell you that I've read a good deal about B12 and know that it's not exclusively a raw or vegan issue. I've read that, for those for whom it is an issue, supplementation is a decent idea. Check out some of Jameth Sheridan's ideas on B12. As I recall, he had some interesting findings, I seem to recall related to his Vitamineral Green (I need to look that up again, though.) Tell you what... I'll return later to comment more on this, maybe even do a whole B12 post, okay? -Jim

Agreed 100%. I also do not preach at all -- well, except for the fact that I do write five articles per week on the topic -- lol. But, those are only for those who want to read them, not intrusive. This piece was really meant for when people approach me with that concern.

True... until people really try a course of it, and do it right, they may not be able to grasp it. Again, I'm glad you brought this into the discussion! :-)

carlotta is sitting here eating some pumpkin pie. this is a direct quote:

"normally, when i close my eyes to enjoy food, my screen is blank. when i eat your raw food, there's glitter on my screen."

Watch the videothat you posted of the live blood analysis on your blog, he said (something in the cells) was indicative of low B vitamins when he analyzed your blood. Thanks in advance if you do a B12 post!

Here's one for you ! My sister actually sent me a text message today and said that she was worried about me - she said, "Your body must be craving sugar and flour if all you give it is GRASS!" Oye Vay!!!

Oh, I see what you mean. It's at around 4:50 or so in the video. He referenced a situation in which there is a lot of difference in the size of the cells. There actually wasn't too much difference in my own, so I didn't take it as any kind of major problem. However, also know that this isn't an exact science, and we're currently learning more about this so that we can educate others. So, we're not ready to start drawing health conclusions based on blood results. Plus, the man was kind of making general observations because he knew that he was on tape and wanted to give some examples of things to look for, for anyone watching. That said, I will definitely plan an upcoming post on B12, as it's an issue that comes up a LOT for vegans and raw vegans. -JD

robin, that is hilarious. :)
thanks for the giggle.
my brothers both have diabetes...
my mother died of cancer,
dad of a heart attack...
i am healthy.
i don't think my family can
question my diet & health.
i look at sugar & flour now
and see death. real good is
so much more delicious.

oops! i meant "real FOOD is so much more delicious!"

I get these comments when I started being a vegetarian!
Some people still say "But you can still eat fish right "
No it's animal it once lived!
I recently read a quote from Christopher John, from theGardenDiet website who is a raw vegan family,
"God lives within us so our body is like a temple, and food is like an offering to the temple. And what happens when you put dead animals in the temple? The temple becomes a tomb.!"
I also believe that because I am changing all the time I am also sowing the seeds in other people to try and change to reach their potential.

But Keep up the good work Jim!
sheryl
canberra
australia