Rhio in Pittsburgh this Weekend! 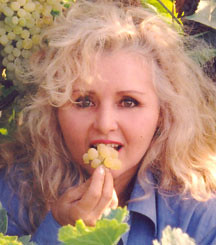 If you are in the Pittsburgh area this weekend, you are in for a real treat! Rhio will be visiting with us and she'll also be meeting with others during her two-part presentation for the Pittsburgh Raw Food Meetup on Saturday.You don't have to be a member of the meetup to enjoy this presentation. Below is information about the event you won't want to miss!

Read more: What Are Your Exceptions?

Guess what's pulling into Pittsburgh tomorrow evening? Here's a hint (if you don't already know after reading the title of this blog post!): 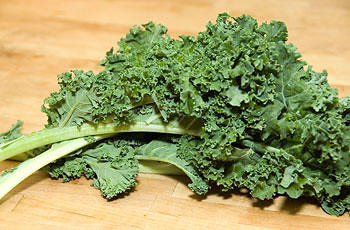 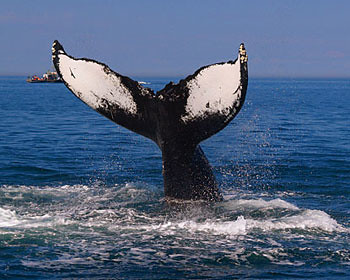 After making a 'batch' of green smoothies, what is generally considered an appropriate serving size?

Thanks for the question, Gary!? I don't think I can give an across-the-board answer to fit everyone, since we're all so wonderfully different. The answer would have to take into consideration various factors, such as:

This is my version of a beanless hummus. One of my close friends adores the taste of Israeli Hummus and she thinks this tastes just like it. So, try it for yourself and let me know! Jim will eat this if he doesn't see me using the zucchini (he doesn't like the idea of eating zucchini for some reason). :-P

3 cups of zucchini (peeled and chopped)

Isn't it amazing how many different, stunningly delicious salad dressings there are in the world ! It's mind-boggling! There could easily be an entire blog devoted to nothing but raw salad dressings -- and I bet, in the right hands, such a blog could go on 5 days / week for literally years before truly exhausting the subject.

The world simply abounds with good recipe ideas -- and "abundance" is really the mentality you need to embrace when you're doing anything in the culinary world, raw or otherwise. The other side of the spectrum is the "scarcity" perspective, which is when you think, "Oh, I'd love to write a cookboook or create a recipe, but there are already millions of them out there and all of the great culinary creations have been done already."

Jim here with another exciting installment of Weird Wednesday. (What, you thought that just because Wendi is out of town this week, we'd have no Weird Wednesday )

In any discipline, I think it's important to consider the entire argument in taking a stance on a given issue. Examine each issue from both sides (pro and con) -- and then make the best choice you can. That makes sense, right?

Read more: YOU are Crazy

We had a wonderful weekend that started with a raw food potluck in our home (through the Pittsburgh Raw Food Meetup group). There were about twenty people and so many lovely raw food dishes! I haven't checked the camera, yet, but I hope someone remembered to capture some pictures of the food and guests. It was all very yummy, including the beet pasta I made with a cream sauce. I also made some carob peppermint sweets that KDcat formed into bite-sized balls and arranged them on a platter. A friend of mine told me that the people who show up for raw food potlucks tend to be genuinely nice people, and she was right. It was a pleasure meeting everyone and I look forward to next month's meetup.

The rest of our weekend was spent with our guest, Devaki, who just left a few minutes ago to return to the ashram. She played some beautiful music on the harmonium and she and some other lovely guests filled our home with the beauty and energy of Kirtan chanting. Some of the chants were in English, too. I thought I wouldn't like them as much, but they were just as beautiful as the Indian ones. One of my close friends who was here for the Kirtan told me that I was glowing after the chanting! I love the blissful feeling that comes from chanting and meditation.

What we've been eating...and call for help!

We've been extremely busy, but KDcat and I did take some time to make some dehydrated food the other day. We rarely ever use the dehydrator, so we've been eating different foods than we normally do and enjoying it.

We didn't take pictures of everything, but here's a list of what we dehydrated:

Read more: What we've been eating...and call for help!

You thought our "Know Your Food" series was dead ?!!? (Or, if you're a new reader, maybe you don't know what "Know Your Food" is yet!) Well, we've been poking around in the archives this week and discovered THREE lost episodes. This is HUGE... It's like one of those stories you hear every few years about some rare Hollywood film being discovered in a vault somewhere (laughing so hard)!

Over the next week or two, we'll be posting these three episodes. Today's episode is PUMPKIN, starring Wendi and her guest Ella (daughter of Melissa and Dave, who run the FoodUnderFoot blog we linked to recently). Once these missing episodes have been aired, this will usher in the dawn of a never-before seen level of production values for the Know Your Food series. The new stuff will totally win every major award available to YouTubers (continues laughing...).

Sure, we know pumpkins aren't in season right now. However, this video is sweet because of our special guest. So, enjoy the Pumpkin episode: