TGIF!, and a Recap of Major Pure Jeevan Activities

Jim here... We're at an interesting juncture here at Pure Jeevan. For the moment, we're still living a little more "in the box" than we plan to in the near future. One example of this is my personal excitement about Fridays. Oh, I suppose Fridays will always seem special to me somehow. But after years of the corporate routine, Friday remains the most welcome weekday.

Friday signifies the end of the five-day stretch during which most people do whatever they happen to do to pay the bills, to keep (raw!) food on the table, and a roof over their heads. While I know of and admire many people for whom the work week is generally meaningful and rewarding, I suspect that the majority of people go through it simply for the money. Sure, many "like" their job (or, perhaps more aptly, "don't hate it"), but I have met too few who absolutely love their jobs. (Come to think of it, I've met quite a number who actually do hate their work!)

Is Cancer a Fungus? Considering the Work of Italian Dr. Tullio Simoncini 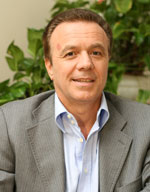 Today's post isn't specifically about raw foods. But, we wanted to post a few videos highlighting some interesting research by an Italian doctor named Tullio Simoncini, who just might be onto something HUGE! Dr. Simoncini treats certain cancer patients with ordinary sodium bicarbonate (baking soda), based on his premise that cancer is a fungal problem and that a solution of baking soda is anti-fungal. Naturally, he's been vilified by the medical establishment for making such a seemingly simplistic claim. But, what if he's right?

Here at Pure Jeevan, we're very much into health research -- not so much with an aim to cure any specific disease or ailment, but rather to understand ways in which our bodies can become what we like to call unbalanced, as well as the ways in which we might return our bodies to proper balance, when necessary. In this way, I suppose that we, like many in the natural health world, feel that the body is amazingly capable of healing itself (in many circumstances) as long as the body is able to find a favorable state from which it can properly do what it naturally wants to -- which is to return the body to an optimal state of health.

Medical doctors don't buy into this theory very much. ?However, it's certainly ironic how, where certain areas of standard medical practice are concerned, what I described above is exactly what doctors do. Take something like a broken bone, for example. A doctor does not normally attempt to surgically repair the bone itself. Rather, the standard and time-honored practice is to set the bone (say, with a cast), and then to let your body heal the break naturally, on its own, making those skeletal connections as only the imponderably complex, ever-evolving wisdom of the human body can facilitate. (True, doctors do often intervene these days with surgery for broken bones. But, their aim there is mainly to position the bones for proper healing, and/or to do things like insert pins in an attempt to improve functionality after healing. Either way, the procedure here still relies on the body's ability to eventually heal the problem.) Standard medical knowledge in this area is without question outstanding -- and this is why most people in the natural health world have little problem with going to see a medical doctor for emergency treatment.

Take a Moment for Diabetes Awareness

We're taking a very short break from our Nadi Balance series to announce that once again it's a special time of the year for diabetes awareness. As you may recall, we spent Wendi's 25th birthday last year doing public outreach on this very topic, as it's an issue close to our hearts. Pure Jeevan even maintains a special page, here, for diabetes information. So, if you know of anyone suffering from diabetes, and feel that they may be receptive to some really eye-opening information on the topic, please direct them to:

I started jumping up and down last night with excitement when I received a call saying that the bellydancing class I've been wanting to take at Khafif Studios has an opening! Yay!!! 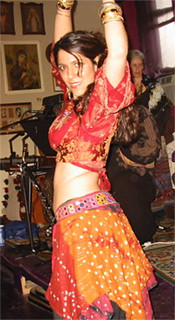 (This will be my teacher, Berna!) 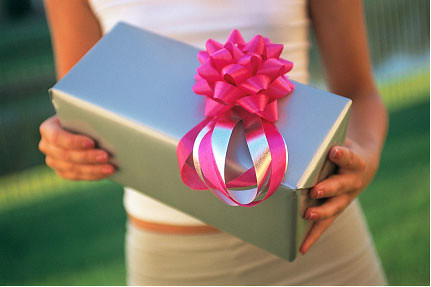 On August 31st, my project will be finished enough to present it as a

GIFT TO THE ENTIRE RAW COMMUNITY!?

Exhausted and Don't Have Enough Time For Health 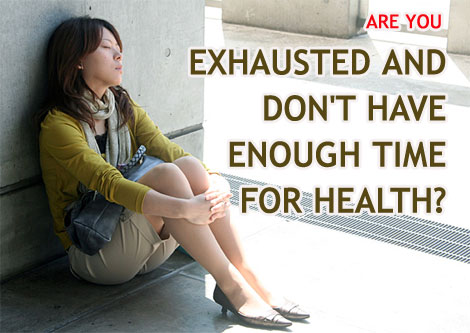 Below are two variations of the same issue: I'm too tired and don't have enough time to be healthy. The irony, of course, is that the more raw foods you eat, the more energy (and therefore time) you have!

By the end of the day I am so exhausted I'd rather not eat than go in the kitchen & try making something raw.

Read more: Exhausted and Don't Have Enough Time For Health 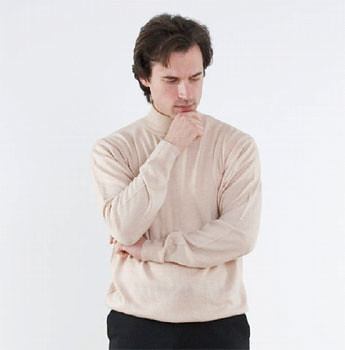 An online friend of mine, Kevin Gianni (see previous blog entry introducing him), has been producing a terrific series of videos and blog posts. At the end of each post, he asks questions of his readers. In his recent post, he asked his readers:

What struggles have you been through

Jim here... Yesterday I promised to hypnotize you, so here it is (below). This is something I published elsewhere long ago, slightly modified. Interestingly, in the original version, I'd made reference to various cooked food items -- for example, describing the smell of fresh-baked muffins as comforting. Well, as pleasant as that smell may be to everyone, I just thought it would be odd to include it here on a blog devoted to raw foods.

I think, by the way, that next week I may post a piece on aroma and how it dovetails with raw foods. I'm sure there are interesting things to write about that topic. For now, I'll simply point you to the funny hypnotism picture, below. While it characterizes hypnotism as a sort of mystical power wielded over another's true will, that's definitely not the case. As you'll see, the text below is really just a very innocent, very calming, relaxing suggestion. Read it seriously and see if you aren't relaxed and happy afterward. Have a great weekend!

Yesterday's post was a little "heavy," don't you think In it, we shared a bit of the stress we were experiencing related to our pending move. There was just so much data to pore through (and yes, we're still feeling that stress)!?

At times like these, it's often good to step back, breathe, and make sure you're not ...well, freaking out -- which makes today's "Take the Time Tuesday" installment absolutely fitting, for we would like you to meet a raw foodie who goes to great lengths to ensure that your "Vitamin L12" levels stay well into the superhero range. Without further adieu, then...

Most Almonds Are NOT Raw: Here's a Simple Test

At a recent raw food meetup, I was surprised that so many raw foodies aren't aware of the raw almond controversy. Maybe most of our Pure Jeevan family members aren't aware of the fact that most almonds are not raw. It's sad, but very true. In 2006 a mandatory almond pasteurization ruling was created. The rule was passed sometime in 2007, I believe, and since then it's been near impossible to purchase truly raw almonds. Maybe pasteurized almonds don't seem like a big deal to most people.

Raw almonds are alive, yet dormant until they are soaked. Once soaked (or moistened in the springtime rains when outdoors), they sprout to begin growing into almond trees. Once soaked and sprouted, the nutritional content of the nuts change significantly. They are alive and filled with protein and so much more!

Read more: Most Almonds Are NOT Raw: Here's a Simple Test