If Science Can Prove Both Sides of an Issue, Then Which Is Correct?

Jim here...As vegans and vegetarians, we're familiar with what we believe is quite a lot of misinformation regarding our lifestyle. However, we've done the research and, for example, know how we get our protein (always a concern received from others), know the stats on B12 deficiency (another concern often cited by mainstreamers), and know our answers to other issues such as where we get our minerals from and whether we consume processed foods and sugars. Bucking the mainstream conventional wisdom emergent from within a world dominated by the Standard American Diet, we live defiantly as healthy examples of our chosen path. But, is there any wiggle room as far as what is and isn't healthy (for us, and for everyone)? What about some of the things that everyone "knows" is bad for you? With questions like those in mind, here's something unusual -- a full post developed from a simple Facebook update. (You are friends with Wendi and me on Facebook, right ) Yesterday, I posted the following:

Think of something that you think is bad for you, and then go to Google & type in "benefits of [that thing]" and see if there is a web site that is promoting that thing. I just did this for "caffeine" and read some thought-provoking ideas (that might all be utter BS, but are interesting nonetheless). 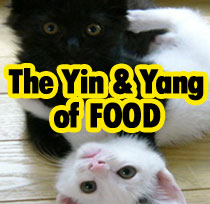 I found this exercise extremely fascinating. For example, here is a list of some of the (supposed) benefits of various things that we're normally told are bad for our health:

This experiment -- finding the good in the bad and the bad in the good -- works for pretty much anything you can dream up. But, as you almost certainly know, none of the benefits listed above (if even true) comes for free. Caffeine is reported to put you at risk of adrenal fatigue. Alcohol in excess is well known to be toxic for the liver (and is associated with numerous other health risks). And smoking... well, this is one where the obvious results surround us daily; just witness any smoker with a good hacking cough and you can be sure of the dire consequences.

Two caveats come to mind for me. The first is the concept of moderation, which is probably well advised. However, it should be noted that it's also tricky to know what qualifies as moderate. The concept is well established, complete with guidelines and recommendations, for things like alcohol. For cigarettes, I'm not so sure -- and would advise that "zero" is already well past moderate (considering that most people -- especially city dwellers -- inhale more than enough air pollution and second-hand smoke as it is). For other inhalants, that's up to you. As for caffeine, I count myself as someone who found it a must-avoid thing for quite a long time. However, I've recently reintroduced small amounts of green and black teas into my regular routine, and feel no worse for it. 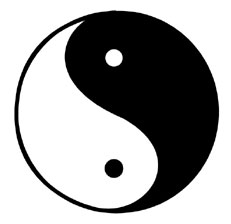 The second thing is attempting to know when to deviate from mainstream science and when to listen to it -- or, in the case of conflicting scientific reports (more common than ever, thanks to misinformation, politics, the Internet, personal agendas, misguided science, etc.), deciding which one to believe.In the end, you can talk yourself into anything, if you want. I recall visiting a "paleo diet" web site not too long ago, reading up on some of its supposed benefits (not that I would be interested in trying it, as I have no desire to consume meat). One surprising (if somewhat gross) inclusion on that list was the assertion that people might benefit from the introduction of certain parasites. (If memory serves, that author stated hookworm.) The logic, which I found somewhat twisted, proposed that human evolution achieved a kind of digestive symbiosis with the various ubiquitous parasites -- and that we needed to get back to that. Ummm, no thanks -- but, hey, nice try. So, again, you just have to make a decision.

Cholesterol, for example, is of genuine interest to us here. Well before a lot of raw food people reintroduced meat and dairy, we began a broad-based study of sterol fats -- and posted quite a bit about that (search for "Nadi Balance" here). We've been slow to continue that work because of our move westward, but hope to get back to that and to share ways in which people might make an educated determination of where their "balance" is on this metric -- and also to suggest (1) ways to address imbalances in either direction, and (2) ideas regarding what might constitute "moderation" with respect to this area. (I would offer, for what it's worth, that our view is that one need not eat meat in order to gain cholesterol. And, we've already described one way to get it that also avoids animal protein. Plus, there are plant-based sterols -- beta sistosterol, etc. More on all of this later on.)

This has been an interesting thought experiment. Most of the above is my thinking out loud; I could see developing these thoughts in numerous directions. I've always possessed an ability that has proven at once a gift and a curse. On the gift side, I'm confident in my ability to grasp and then articulate both sides of almost any argument. This bestows useful qualities such as diplomacy and mediation among my personal attributes. However, as we've seen, most Yins have their Yangs. The downside is my own difficulty at times in making decisions. How can you ever firmly decide anything when you can appreciate arguments both for and against a given issue (Am I alone in this, or are others similarly tormented )?In the end, what if nothing is wholly good or wholly bad? What if dietary reality reflects the philosophical Yin and Yang much more than we believe it does, and that optimal health simply lies in the ever-changing quest for balance?