"It's an Honor to Be Nominated!"

Jim here... again! Isn't that what all of the Oscar-nominated actors always say -- "It's an honor to be nominated"? Yes, I think that's the usual response. Who'd have ever thought that a raw foods blog would be saying the same thing ! Well, I'm happy to report that Wendi has received two such honors lately, in addition to being selected as an honoree among one blogger's nine "top favorite raw girls on the net." Let's take a look at these one by one, shall we?

First up is the "Best of Raw 2008" awards. Wendi was nominated in the category "Favorite Raw Vegan Educator for 2008." You can vote for her here until December 30 at midnight! Show your support; vote Wendi! 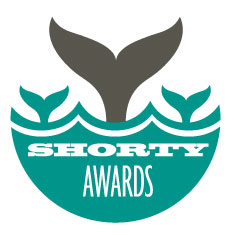 Next, our friend Jim Thomas, who posts on Twitter at twitter.com/enzymeluv, nominated Wendi for a Shorty Award. The Shorty Awards honor the world's top Twitterers. Jim tweeted:

@shortyawards I nominate @wendidee in category #socialmedia because she is genuine and loves spreading good vibes throughout Twitterland.

@shortyawards I nominate @WendiDee in category #socialmedia because [insert reason].

The more nominations Wendi gets, the better, so nominate away if you're a Twitterer! 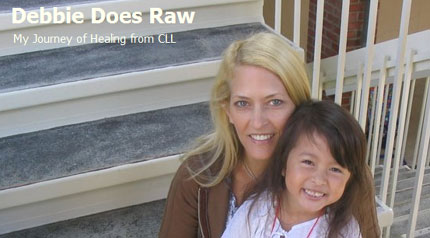 Last but not least, Debbie from the rawsome blog "Debbie Does Raw" singled Wendi out as one of her "Nine Ladies Linking" -- her "top favorite raw girls on the net." She wrote that Wendi is a "radiant, beautiful soul who is always there with 'twinkle dust' and good things to share." Wow!

Thanks to everyone who nominated and/or honored Wendi with those wonderful laurels. We hope everyone has a fantastic holiday and a spectacular 2009!

Aww...thanks for making me feel special, everyone (including Jim who compiled this list)!!! :-)

This year (2008) has been wonderful for my self-growth on so many levels. All I can say is that what I've gained in 2008 is propelling me into some unchartered waters for 2009, but it's feeling like the right path to take! Stay tuned for some amazing news coming in the not too distant future!

I love each and every one of you!!!

Thanks for being a part of my life!

Congratulations on getting nominated! Awesome!

And a Very Merry Christmas to you and your loved ones!