Get Your Raw SAUCE On!

"Only somebody who really takes the time to understand [Pure Jeevan's Salsa's*] potential can then coax it into its fullest expression. Then, I mean, oh its flavors, they're just the most haunting and brilliant and thrilling and subtle and ... ancient on the planet." ~ Miles Raymond in "Sideways" (2004) (*slightly modified).

Jim here... Over the weekend, I'd made a string of videos for Pure Jeevan using my handy-dandy new phone. To my great surprise, when I went to post them to YouTube, they all came out sideways! So, I'm sorry, friends... you'll have to endure (if you so choose) a somewhat disorienting video, below. But, hey, at least it reminded me of that wondrous quote from the movie Sideways! I imagine Paul Giamatti describing one of my own recent creations this way -- a sort-of half-raw, yet still very healthy delight that I like to make sometimes. 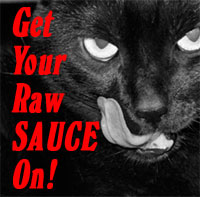 My reason for featuring a less than 100% raw recipe is two-fold. First, I'd been discussing transitioning to raw (see yesterday's post). And, adding more raw into your non-raw diet is a great way to transition. I believe that raw sauces are an excellent way to achieve this, as I'll explain in the video. Second, if you do prefer a 100% raw dish, then you can simply replace the beans with something else -- perhaps sprouted beans, or maybe your own invention from the dehydrator.

No matter what your culinary influences and/or preferences, chances are good that many of the dishes you love feature a food item and a sauce item. You put the sauce on the food and bob's your uncle... there's your dish. Given that there are about a million different dishes and a million different sauces, that means that, mathematically speaking, the number of combinations exceeds the number of stars in the Milky Way galaxy. (I read a lot of Carl Sagan growing up so, trust me, that's a lot of food.)

The major leap here is the very realizable (that's a word, right ) goal of replacing just one of the two items (sauce or food) with a raw approximation of whatever the second cooked item would have been. In the video below, you'll see what I was shooting for -- some kind of vegetarian chili or Mexican bean dish. ?I know what you're thinking... Hey, that seems like it's only 50% raw!!! ?Now, now... calm down. ?Two responses to that. Wait, I actually have three: (1) I personally eat only one meal like this per day (and not even every day). So, it's really 50% +100% +100%, then divided by 3. So, that nets out to an 83.3% raw day (not too shabby). (2) The 17% non-raw portion is made up of plain, heated, black beans that are organic, a pretty good source of protein, antioxidants, and minerals, fat-free, and eaten in the context of a delicious raw sauce (which, in theory, should aid digestion)! Oh, and (3) You're not seriously monitoring me, are you? (That's kinda creepy.)

Seriously, though... Replacing a sauce or food item is an excellent way to transition to a raw diet! Give it a try.

Okay, so here's the Sideways vid. (You may note that, in the video, I reference another video I'd made using the same phone. However, I've decided that I should really post no more than ONE sideways video, and chose this one.) ?Enjoy... :-)

nice, but sideways camera? I guess it's different, and a good yoga pose for clearing the lymph nodes in the neck.

Yes, sauces are an excellent idea for helping to become more raw.

I liked this and the sideways tilt was good enough. :) OK for dinner tonight, steamed and raw veggies and that sauce.