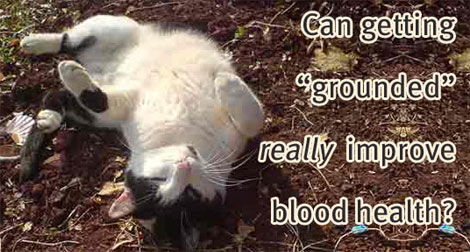 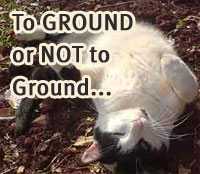 Personally, I don't think we yet know. However, I do have some perhaps interesting perspectives on all of this, also drawn from the field of live blood microscopy. You see, Wendi and I have studied the electrical nature of our bodies, and of various things that can be observed in human blood. So, we're not going to argue that there aren't electrical influences on the human body and, in turn, human health. If fact, we believe that there are. But, while I share the rather intuitive notion that being grounded (or, connected with the Earth) is probably very healthy and natural for humans, I'm not ready to say for certain that (1) not being grounded is "bad" or (2) re-grounding yourself offers any kind of miracle cure. (I'm open to discussion on all of this, though -- just thought I'd offer some healthy dissent to the dialogue.)

My main beef was this: In those videos, there was a subtle implication that, if someone is not grounded, then their blood is probably agglutinated (think red blood cells stacked together like stacks of coins, instead of looser and more free-flowing) -- when that is definitely not the case. I'm not claiming expertise with respect to biology, but I do know that I have a live blood scope and have looked at a lot of people's blood with it ... and the video in question was, in my humble opinion, misleading at best (unless, by chance, almost every person's blood I've ever seen was especially grounded -- in which case that video becomes irrelevant because that would mean that pretty much everyone is sufficiently grounded). Also misleading was the description of a white blood cell chasing down a "parasite" (an interpretation I don't share).

So, again, here's my two cents on this issue: Don't panic if you believe that you're ungrounded. It doesn't mean your blood is unhealthy! Likewise, if you DO go to great lengths to ground yourself frequently -- that's great! By all means, walk barefoot and enjoy contact with the Earth as much as possible; I'm sure this is healthy on many levels. ?But, also realize that this alone does not grant anyone license to disregard other health best practices, nor is it likely to cure you of, or prevent, diseases (although, again, I'm trying to keep an open mind about that).Then again, as my fellow Pittsburgher, Dennis Miller, likes to close off with: "...of course, that's just my opinion. I could be wrong." Here's the video version of pretty much all I've said above: