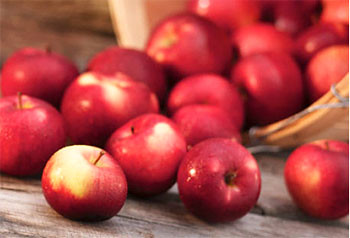 After I responded to him, I decided that it would be a fantastic time for me to do a little bit of cleansing, myself. I've always thought mono meals sounded so interesting, so I've decided to consume only mono meals during the nine days of Navratri. I'll begin Sunday evening, when Navratri starts, and continue for a full nine days. I'll consume only one food for a full 24 hours, and then switch to a different food. My first day is going to be only apples. So, for Sunday evening's meal I'll be consuming as many apples as I desire. Then for breakfast and lunch the following day, I'll continue with my mono meals of solely apples. That evening I'll switch to my second food choice.

So far, I've decided on the following foods: apples, bananas, grapes, celery, cucumbers, oranges, and pineapples. I have two additional foods to choose to fill the nine days, but I haven't decided what they'll be, yet (any suggestions ). If there are enough fresh berries at the food co-op, I'd love to mono meal on those! I've been reading some other raw food blogs that have mentioned finding some good melons recently, so maybe if there are some good melons at the store I'll choose some of those for one of my days. 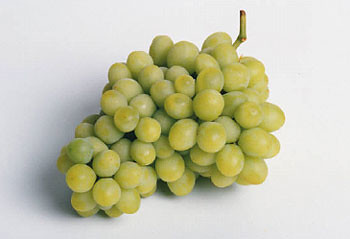 I'll be posting information about my mono meals here in the blog, for anyone who's interested in finding out more about what it's like and how my body, mind, emotions, and spirit respond to eating that way for nine days. ?It should be interesting, since I have been unsuccessfully trying to cut back on fats in my diet. During Navratri, I'll be consuming absolutely no added fats or seasonings!

This weekend, we'll also be paying taxes. I don't know about the rest of you, but we tend to wait until the last minute since we have to send money to the government every year (we do some freelance work, so we end up owing taxes on the income).

I'll also be doing our weekly shopping ... AND ... stopping by Maggie's Mercantile to pick up some already prepared raw food before my mono meals begin! Yum!

?What about you? We'd love to hear what you have planned for your weekend!

Thanks for the comment and suggestions! After all of the sweet fruits, I may consider a broccoli day. It's only day one and I'm already missing my greens.

I don't like grapefruit or carrots very much, but I would love to get enough fresh blueberries for a day. There were only very small containers of them at the food co-op and they were super expensive and didn't look very fresh. I did, however, pick up strawberries! That's what I've been eating all day, so far! They are yummy!!

Thanks, again, for stopping by and commenting.