Is it Easier for Celebrities to Lose Weight? 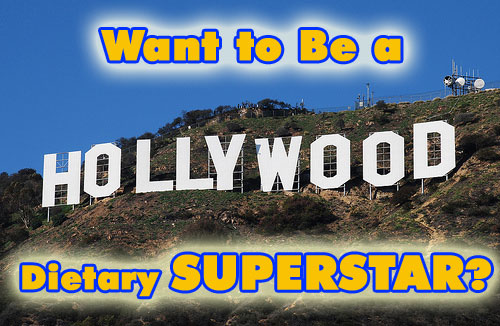 Yahoo recently ran a photo series on their "omg!" channel entitled "Celebrity Slim-Down Secrets." It actually has a nice set of before and after photos of celebrities who have lost weight. The set is here.Featured are Kelly Osbourne, Seth Rogen, Jennifer Hudson, Jerry Ferrara, Kirstie Alley, John Goodman, Jordin Sparks, Jason Segel, Drew Carey, Sara Rue, amd Kevin James. ?Most reported using personal trainers, changing up their diets, and getting more exercise (or some variation of those three).

We didn't read any reports of raw food diets in the story, but looking at before and after pictures is probably always a good idea, if only for visual inspiration. It's nice to see a broad range of people turning their health around, too. Some are younger celebs; others in their 40s, 50s, and 60s. So, it's nice to know that major changes are possible at any age.

Those names we mentioned above were all fairly major celebs, right? ?It begs the question: Is it somehow easier for celebrities to lose weight and transform themselves 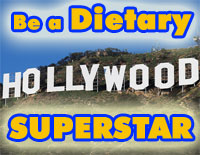 First, let me just say that, whether my answer is yes or no, it doesn't change the fact that those A-listers actually *did* do the work. So, even though I'm working up to a ?"yes, it IS easier for celebs," that doesn't mean any disrespect toward those individuals.

Anyone who overcomes a health challenge deserves kudos! ?Heck, anyone who *tries* -- successful or not -- deserves major kudos! Anyone who tries *repeatedly* should be regarded as heroic, in my book. Many people in the world (fortunately for them) just don't know how tough it is to struggle with health challenges and obesity.

But, let's face it: ?Yes, it probably IS easier when you're a celebrity. After all, when you're world-famous, you generally have practically unlimited resources financial and otherwise, freedom to choose your own schedule, a staff of helpers, and perhaps even a supportive entourage. So, when you truly set your mind to do something, it's no surprise that it often gets done. (It IS interesting, though, that you really have to DECIDE first, isn't it? ?After all, a few of those celebs were overweight for many years -- people like Drew Carey and John Goodman.)

Of course, there's a big difference between you or I making that decision and a major Hollywood star making it, right? ?Sure... it's the sheer ability to follow through. ?SO... Is there a "great equalizer" out there? ?Something that levels the playing field, so to speak Is there a profoundly transformational dietary regimen that is as accessible to *everyone* regardless of social or financial status?

See where I'm going with this? ... *Anyone* can start eating more raw foods and get Hollywood results.

I think in general the media pressures celebrities to be too thin, and sure, some of those in the set were overweight, but some were probably average weight. I don't think that health and weight are the same, especially in a few of those cases. It can be very dangerous to be very thin and if ones body type is to be a bit bigger, trying to remain thin to be in the spotlight leads to very unhealthy behaviors. A lot of the celebrities were are thin smoke or do drugs to curb their appetites. I don't think you were intending to imply that thinness = health, but I think this post could be interpreted that way.

That's an awesome point, Bitt! You're right; I didn't intend that at all -- just meant to point out that a Hollywood star generally has deep and far-reaching resources. So... how about tomorrow I devote an entire post to clarifying that point ! Sounds like a plan to me. :-)

(That was Jim commenting above, btw. I keep forgetting to log-out as Wendi before replying!) (So, this, too, is Jim typing.)