You May Be Doing Better Than You Think! 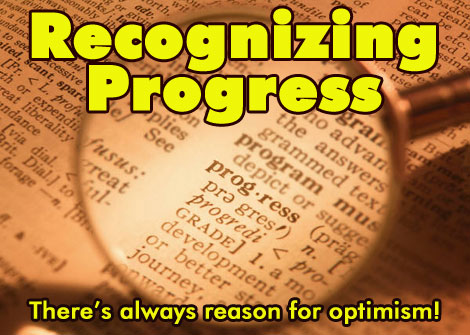 (Note: This is a closely-related piece to an earlier post ?entitled "Practice Is Your Key to Going Raw." I'll include a link to that article, below.* This one focuses more on recognizing your current level of progress.)

These days, I spend most of my free time cleaning up our fixer-upper home in Portland, so I haven't been going to the gym or regularly running as I had in the past. ?Hopefully, the house work is sufficient physical activity for me -- it sure does generate an appetite most days!

I was just thinking about things like exercise and other hobbies, interests, and pursuits that respond well to regular practice. Take piano playing, for example. There have been periods in my life of intense focus on the piano. During those times, I certainly enjoyed all of the study and playing. But, it's usually not until much later, after I've long forgotten how to play a specific piece (because I haven't kept practicing it) that I'll look back and be rather impressed by what I used to know. 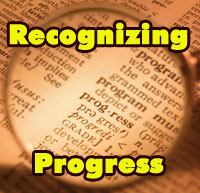 Another example: ?If you've ever been into weight lifting, you may have experienced a similar phenomenon after falling out of practice for a while. You look back after a long break and think, "Wow, I used to be able to knock out all of those exercises no problem!" ?Or, if you're a runner, you might look back and say, "Gosh, back when I was running a lot, I could run for hours and feel no worse for it. But today..."

In other words, I suspect that many people fail to recognize how good they are right now at something. This is just a theory, but it would make sense that people are often more impressed by what they cannot do than by what they can do. We like to look forward and crave progress in our pursuits -- and, while that's absolutely great, it's sometimes easy for us to forget to appreciate our current abilities.

So, if you look at something like diet from that perspective, you can come to at least two different conclusions. First, you could find a way to appreciate where you're at and where you're headed. Take a look back at your diet a year or two ago. Is it better than it was? ?If so, then actively feel good about that fact -- even if you're still not exactly where you want to be. Sure, you still have goals and ambitions health-wise. But look how far you've come! It's a a healthy thing to reflect in this way from time to time.

Hmmm, but what if it's worse now than it was then No worries... Here's the good news: ?It's okay because you've been there once already, so it should be easy for you to envision what it feels like to be doing better. And, if you can imagine that, then you should be able to return to that place again. I'm not saying it won't take work and a renewed commitment. But, just knowing that something is possible is scientifically proven to make that thing more achievable.** So, this is different than others who are starting their journey toward health for the first time.

The only other possibility is that you're actually on your first trial toward a new goal. You have a dream and do not yet know if you'll get there, or if it's even possible. I certainly wish you the best of luck! And, if you're looking to regain health via a raw foods diet, you've certainly got luck on your side; as of today, there are exactly 800 more articles on the subject matter right here. So, get reading! :-)

* For some similar words, focused more on how to get back into practicing being raw, check out this article!

** For example, motivational speakers routinely cite the story of the four-minute mile. Apparently, it was nearly universally thought to be impossible to achieve -- until, you guessed it, one very talented runner dared to think otherwise. After the mark was broken, guess what happened? Many others started achieving the same previously-thought-to-be-impossible thing!