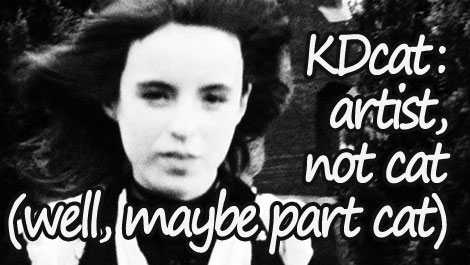 We've been getting a lot of emails and comments about two subjects since we posted our itinerary, so we thought we should respond in a way to help answer the questions/concerns that maybe more of you may be having as well.

After we posted our itinerary, emails and comments started coming in. A big percentage of what we are hearing is that some of you are upset that we won't be visiting your city/town/state during the tour. The state we're hearing the most from is Texas. Ya'll really wanted us to visit down there! *giggles*

Well, it was impossible for us to visit all the great places in the USA at this time, however we still plan on doing a full tour in the future as a family. Right now, Jim has to stay home which makes us a bit sad. However, in the future we'll be living our dream of visiting just about every place possible as we spread the word about raw foods! For this trip, however, our focus is on some of the cities/states we are seriously considering as a place to relocate. As wonderful as Texas may be, that state didn't make it into our final list of narrowed down places to consider. That's why we won't be taking an extra few days to head down to visit the amazing city of Austin (this time!). So, our trip through Texas this time is only going to be a through-way to the next state. We figured while we're there, however, we'll take a look around. Who knows, maybe there's some sort of energy there in Texas that will make us think it's THE place for us !

There are other highly recommended cities/states that didn't make the final cut, as well. The comments we've been receiving from the rest of you haven't been as numerous, but we wanted you to know the same thing: we'll be seeing you in the future -- and we're looking forward to it! 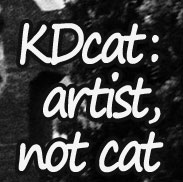 The other thing we wanted to address is kind of funny! When it happened once, we just kind of giggled. But, then within an hour it happened again and we thought maybe we should say something to clear up any misunderstandings. Here's the thing:

She's our lovely, artistic daughter who renamed herself KDcat when she was about nine years old. Will this always be her name? Lately she's been saying she feels a different name is in order. I guess as some of us grow and change, we like our names to grow and change with us.

So, there you go...we don't dislike Texas and KDcat is human! LOL

That is too funny!! I guess the saying "Don't Mess with Texas" is really true!
see you SOON!
love deb

You two are going to have so much fun on your trip! And I love your daughter's name. My husband and I just got back from India. We heard a lot about Kerala, but weren't able to go there. I've always wanted to visit it because everyone tells me nothing but great things about the area. How great to homeschool and be able to pick up and go on a road trip! It will be fun to hear the updates.

Ha ha! That's so funny about KDcat! I've never been to Texas but hear it's great! I too am sad you're missing my city but totally understand. Hopefully we'll see you in PDX. :)

I don't mean to be rude to the people who didn't know she was your daughter, but COME ON!! She's all over the blogs. She likes cooked food and plays guitar to name a few things. No meowing or hairballs were ever mentioned.

This is going to be a great adventure, and think how much you'll get to show Jim when he finally gets to go too. You'll be like, "Oh hun, you've got to see this place!"

That's so cute people thought she's a cat :) I'd love to be a cat! My hubby thinks my Romeo cat is his reincarnation, and I think that his Jules cat is mine (although I also think he was reincarnated as my heart). Yea we have a weird notion of time :)

*giggles* We really have heard great things about Austin, TX and will someday visit there. But, not this time around. ;-)

Thanks! Yes, I love my daughter's name...but she doesn't think it fits her much these days. ;-) If you're back in India, do check out Kerala. It's so green and beautiful!

Yes, having our daughter out of the local school system is a great way for her to learn and to have the freedom to travel! I hope you enjoy our updates as we cross the country!

We thought it was funny, too! LOL

Yes, you are being a little rude. Not everyone has time to sit around reading blogs all day. Some of us work, take care of other people, etc. In my case, I had just heard about Wendi over the internet before the Lyme disease prohibited her from blogging. So I didn't receive many blogs. Then I got involved in other things. It wasn't until recently that I received an email about her trip with KDcat. Nowhere in the email did it mention who or what KDcat was. That's why I asked, and I'm sure that's why other people asked.

We have a lot of Pure Jeevan family members who only keep up to date with what we're doing through our emails, rather than through the blog. Some people just aren't blog readers. ;-)

I love that you know so much about us! Our friend, Heather, knows Pure Jeevan so well she has quoted things we've written many times. We always get a good chuckle out of that...it feels great to know how much people enjoy what we do!! :-)

She is very cat like, so she was kind of loving that people thought she was a cat! LOL I fully understand what you're saying. Our last dog, Christabel, was part of me...connected to me in a way. It was hard to explain, but it was very depressing when her time here was done.

So, Joanna...are you going to be meeting me somewhere in Oregon during the tour ! I hope so!!!

I understand, Jerrilynne. :-) We did get a few people asking about KDcat, and there were probably many more who wondered but didn't ask. I wish my comment would have gone through before you wrote yours...so you could have seen that I understand.

Please don't take it personally. We all just have different ways of looking at the world. It's all good and beautiful! XOXOXO

I'll be stuck in snowy Iowa, but we plan on going to Oregon this Spring/Summer so if you're back there, let's meet!! :)

No worries, my response to Terri's reply was not aimed at you.� She already knew that she was being rude, or she wouldn't have started off her comment by saying, "I don't mean to be rude, but . . ."� I just called her on it.� But it doesn't matter, really.� It's no big deal.� I deleted my comment on RFR because I didn't want to create anymore confusion, but the offer still stands.� I hope you will have time to see Los Osos, Pismo Beach, Los Olivos, and Solvang while you are here.� Will you be stopping in Ojai to see Matt and Angela Monarch?

That's so funny! It never occured to me that someone might think KDcat is an actual cat.

We got a good chuckle out of it...it wasn't just one person who thought it. ;-) The thing is, the newer Pure Jeevan family members haven't been here long enough to hear us talk about KDcat enough (if at all), so when they hear KDcat it's the most logical conclusion (because, really...who names their kid KDcat ! LOL). You know she loved being thought of as a real cat, though! ;-)

Are you back from Kalahari !