I thought I'd put another fun week together here at Pure Jeevan while Wendi is away (although, actually, ALL of our weeks are fun-filled here!). This week, I thought I'd discuss herbs, spices, and essential oils. Of course, I can't cover those enormously important (and huge) subjects in-depth over the course of just one week, so I created that little banner (above) so that we can re-use it from time to time.

Herbs are fascinating, aren't they? Sometimes, you don't even consciously know why you use the ones you do but, invariably, there's a reason. Sure, sometimes recipes call for a specific flavor. But, often, there are other reasons as well -- such as to support digestion, or to provide a warming or cooling sensaiton. This type of thing is critical in ayurvedic principles, as we touched on recently on this blog, where the spices could be present for digestive or medicinal purposes, or of course as a preservative. 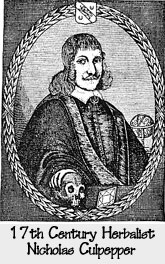 Wendi's history of intense study in this area is actually quite interesting. It's been a true passion for her almost as long as I've known her. In fact, it's probably good that she's not around this week, as she may not toot her own horn, so to speak, as much as she probably should.Succinctly: The woman knows her herbs, spices, and oils!

Some two decades ago, she began this rigorous study primarily focusing on herbalism. (The story of what got her interested is, alone, interesting enough to merit an entire blog post here -- so that's something she can cover when she returns.) Back then, she began her pursuits mostly covering herbal healing properties, edible herbs, dyring herbs, etc. I'd estimate that this "phase" lasted nearly a decade! I can remember buying her Christmas and birthday gifts during that time -- things like reprints of Nicholas Culpepper's works from the mid-1600s. (She notes, btw, that, if you take the study of herbalism back this far, you need to approach much of the quite fascinating information with care, and be sure to temper any knowledge you gain from these more archaic sources with modern research. We may not have understood in the 1600s, for example, that certain plants, minerals, elements, oils, etc.were toxic.)

As it's nearly Halloween (a time of the year in which we're routinely exposed to iconography and symbolism bearing the witch stereotype), I'm compelled to note that, back in Culpepper's time (Europe in the 1600s), such healing knowledge might have been considered by some as dangerous or threatening; being in tune with the energy and healing properties of herbs may have been viewed, strangely, as unnatural. Wikipedia's article on the Witch Trials in Early Modern Europe notes:

Although most citizens of the time did believe that witchcraft was real, equally they were not ignorant of how personal interests could be involved in accusations.

So, just imagine what people migh have thought of (especially) a woman who had amassed the knowledge of someone like Nicholas Culpepper. If she could heal people with her "potions," what harm might she cause? (Thankfully, we're now largely over that type of societal neurosis!)

Over the next decade, Wendi's focus migrated to essential oils. After studying the herbs for so long, she became interested in isolating the key essences of the herb, in accessing the potent medicines, noting how strong they are. Again, I recall birthday and Christmas holidays filled with essential oils, books on aromatherapy, etc. One holiday I got her an old-fashioned lacquered box from Pier One and filled it with about 30 different essential oils -- kind of a portable herbal apothecary. It was the coolest thing! (She still has it and uses it!)

And then, oddly, after a decade-long focus on that, Wendi returned (full-circle) back to the herbs again. Since this is a raw foods blog, I'm happy to note here that this renewed interest is directly related because she's now drawn more to interacting with the living herbs themselves more than the oils or the dried versions. The healing and life-force, she has said, seems more powerful this way.

In fact, we were discussing essential oils recently and I think I could fairly sum up her opinion as: They're great if you're facing some kind of crisis and/or have a medical need (which could range from, say, a headache to something quite a bit more serious, such as a special blend of oils we purchased recently to help with the Lyme disease).

Aside from those circumstances, she does own them, but rarely uses them in day-to-day settings. Same for herbs... We generally use fresh when available. But, when not in season, we do use dried. She's always, though, interested in furthering her studies! It should be fun when we settle out West soon and begin more of a self-sufficient lifestyle, which will certainly include a significant herbal presence.

Our daughter KDcat is a lucky teen! She doesn't know it yet (because she takes it all for granted), but she's been fortunate in her upbringing to have absorbed an incredible amount of herbal information over her life thus far. As for me, I suppose I know a thing or two about it all. Mostly, I know the facts I've picked up through osmosis (just being around as we've chatted about herbs, spices, and oils over the years). But, I know enough to know that (1) a lot of people know almost nothing about herbs, oils, and spices, and (2) it's high time we devote some blog space to this topic!

Well, I have a great amount more to say. So, here's what I have planned for this week:

Nice! I look forward to reading the posts!

I am looking forward to reading your blogs for the rest of the week. Herbs and essential oils are a topic that I love reading about.

This is excellent! I am so fascinated with herbology and will look forward to the week! Well done, Jim!

I was hoping that in your post on herbs and oils etc there would something about Oregano oil, as I really guided at the moment to fix my familie's digestive health>
I will really keen to find out this oil!

I was going to introduce this herb in salads for me and maybe minced up into hamburgers etc.

I presume that I would use small amounts as I beleive it is strong even smelling the fresh leaves has a lasting odour.

So if anybody has more thoughts or info on this subject could you please post and I would love to know.

Thanks for keeping the home fires burning while Wendi is away, it is lonely even without her words.

Thanks so much for Jim for all that you do!
I am grateful I have found you, Wendi and Pure Jeevan.
sheryl canberra
australia

ps....I am headed to Hippocrates on Nov 8th....will keep you all posted.